The Udzungwa Arc Mountains, in short, the Udzungwas, is part of a broken chain of mountains called the “Eastern Arc Mountains” that lie close to the coast of East Africa from southern Kenya to Tanzania. These are ancient fold mountains and in Tanzania, the Usambaras, the Pares and the Ulugurus are some of the well-known components of this chain.

These mountains harbour endemic plants and animals found nowhere else in the world. Of all these mountains the Udzungwas have been accorded national park status because of its unique forest cover and endemic primate species –  namely the Sanje mangabey, the Iringa red colobus and the Udzungwa galago that are found only here.

The park has an area of about 2000sq. km which comprises the entire Udzungwa Mountains. Wildlife includes the large mammals like elephant, buffalo, leopard, eland and bushbuck.

Other primates of the park include the vervet monkey, baboon, sykes and black/ white colobus monkey.  Apart from the presence of these primates, Udzungwa Mountains National Park is also a paradise for birds. With over 400 species, the park could be the richest forest bird area in Tanzania.

Some of the birds have been recently discovered and include the forest partridge, discovered in 1991. 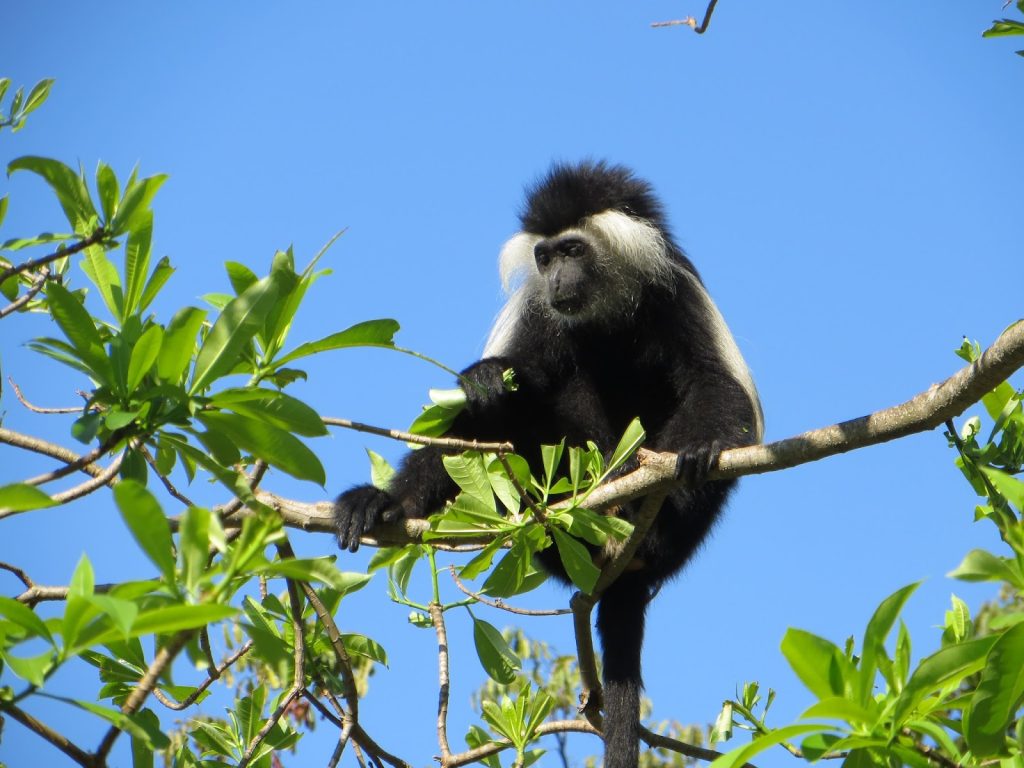