Oldonyo Lengai is an active volcano on the southern shore of Lake Natron. This impressive peak is revered by the Maasai as the sacred home of God. A nearly perfect cone, it still erupts occasionally and you may have the opportunity to walk on still-steaming new ground.

The mountain is located in the Rift Valley, in the heart of Maasai country. Looking north from its summit crater the hot barren salt flats of Lake Natron stretch into the distance. To the south stretch the Crater Highlands and the Ngorongoro Game Reserve. The eastern horizon is dominated by Kilimanjaro and to the west the forested escarpments and hills comprising the western slopes of the Rift Valley. Oldonyo Lengai is one of only a few volcanoes in the world emitting sodium carbonate instead of silicate lava. The alkaline content of Lake Natron is resultant from the run-off of this emission.

Day 1: Start from Arusha (by 08h00) or from the safari lodges around Mto wa Mbu (by 09h00) driving via Engaruka to reach Engasero village by lunch time. Lunch at camp followed by a walk to the waterfalls in the Engaresero Gorge or a visit to the Maasai village for some insight into the local culture.  Return to camp for dinner and a short night.

Day 2: A pre-dawn start for Oldonyo Lengai summit (2889m) is a 4 hour steep climb characterized by loose terrain. From the summit the sighting of bubbling lava from one of the craters is a possibility! Descend to camp (3 hours); lunch followed by a visit to Lake Natron, East Africa’s top breeding ground for lesser flamingoes.  Dinner & overnight at camp.

Day 3: Departure for Arusha or safari to the national parks. 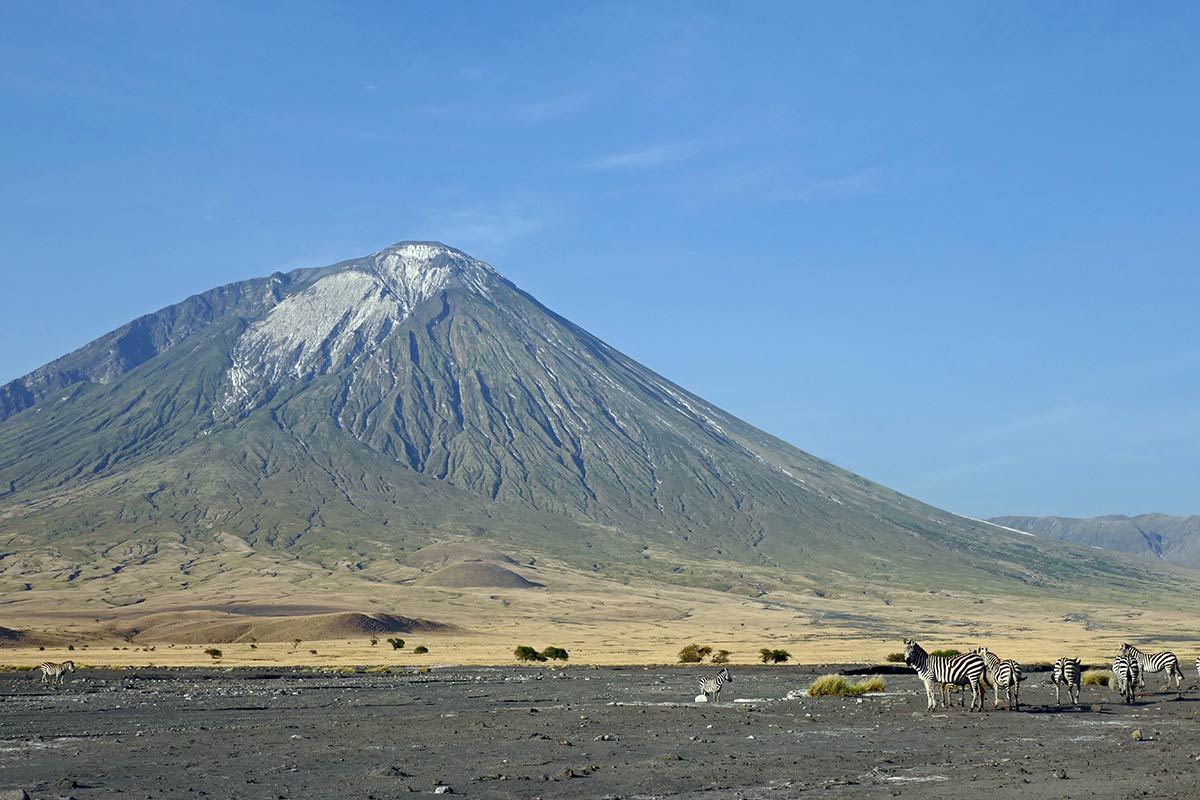