Serengeti, a Maasai word for “endless plain,” is one of the world’s best known wildlife sanctuaries  and  Tanzania’s  first national park. It lies to the north of the country between Ngorongoro Crater and the shores of Lake Victoria, and extends southwards from the northern frontier to the periphery of Lake Eyasi. With an area of 14,763sqkm, its ecosystem extends beyond the park’s boundaries to include sections of Ngorongoro Conservation Area in the east, Mara Game Reserve to the south, and the Maasai Mara Reserve in the north. The entire ecosystem marks the limit of the annual great wildebeest migration, the most magnificent wildlife spectacles of our planet today.

Every year, more than one and a half million wildebeest, six hundred thousand zebra and gazelle migrate between the Serengeti plains in the south and Maasai Mara in the north.

The Migration
Visit northern Serengeti in October/November, when the enormous herds start their trek from the Maasai Mara and have to cross the Mara and Grumeti rivers in order to enter the long-grass plains of Serengeti.  These unavoidable river crossings are perilous in the extreme, with many animals falling prey to the numerous crocodiles which lie in wait for them.

Follow the migration in December, as the Wildebeest stream across the northern plains and steadily move southward, their senses alerting them to the coming rain and green pastures.  During this time the herds move fast, eager to reach the nutritious grasses of the short-grass plains.

Witness an amazing spectacle in January and February, when nature and their ancestral memory draws them to their traditional birthing grounds at Ndutu on the southern border of Serengeti National Park.  Wildebeest females can delay birth for some considerable time, waiting to drop their calves when conditions are just right.  Then there is remarkable activity, as a thousand and more wobbly-legged, new gnus descend to the earth; their mothers licking, nudging and hurrying them to their feet almost as soon as they are born.

Marvel at the striped horses of Africa as zebra stand by, foals already at their sides.  Male zebra continue to guard the herds as they have done (and will continue to do) throughout the trek.  Zebra are the migration look-outs, each sentry at his post on the periphery, staring out across the plains, alert to the ever-present danger of tawny lion crouched in golden grass, the blur of a racing cheetah and the ungainly approach of loping, afterbirth-hungry hyena.

Safari to Serengeti in March, when the herds sense heavy rains coming in from the north and become restless, eager to start off with their new young on the passage back to the long-grass plains of the north.  Or come and see them in April or May, when the herds split up, a few lingering in the south and the main body of beasts already in central Serengeti.  Watch long columns of animals, stretching along the horizon as far as your eye can see, moving steadily on their trek back north.

Take a trip to Tanzania in June or July.  During these two months, the migration can be viewed in the north-west of the plains and in the woodland areas where, again, kilometers-long lines of Wildebeest defy imagination and the drama of life and death is enacted daily between predator and prey. Feel the fear, tension and excitement in August and September, when the herds come together again and mill around in the Western Corridor as they face, once again, the dangerous river crossings which represent the last hurdle between them and the always-available water of Maasai Mara.  Here they will rest – until the overwhelming migratory urge takes hold of them once more in the coming months and their incredible journey starts all over again.

Serengeti National Park was gazette in 1951 and was accepted by the World Heritage Conservation as a World Heritage Site and Biosphere Reserve in 1981. 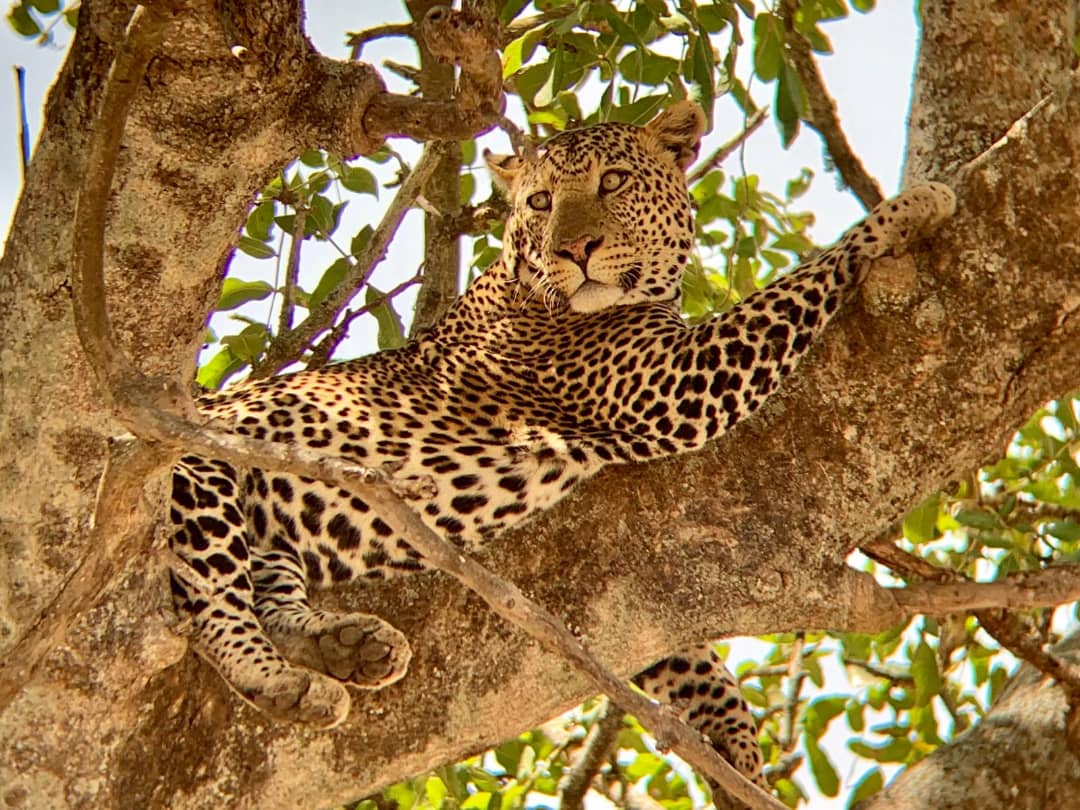 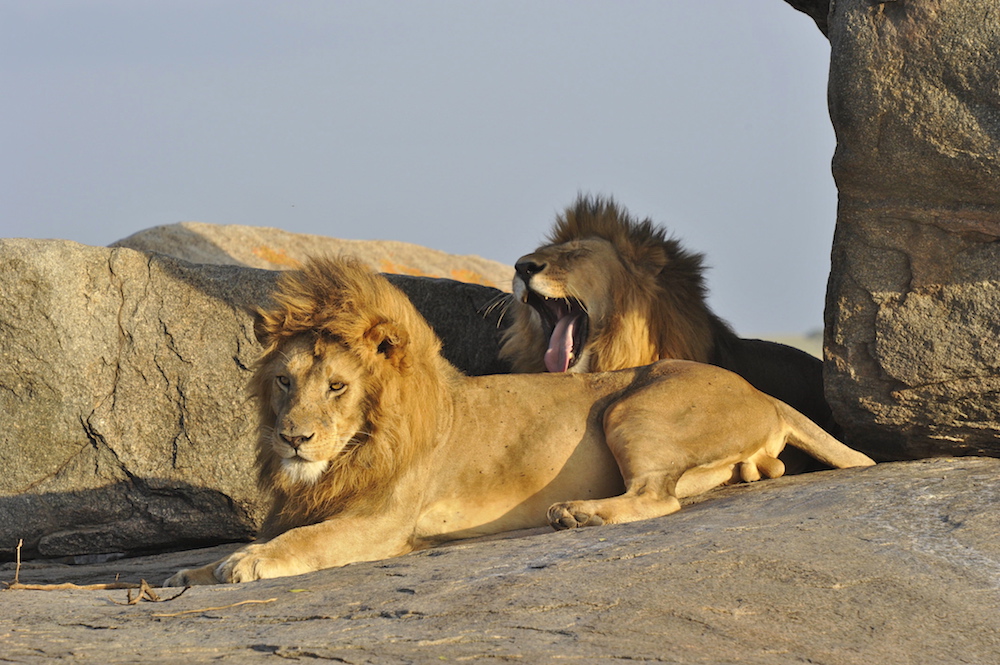 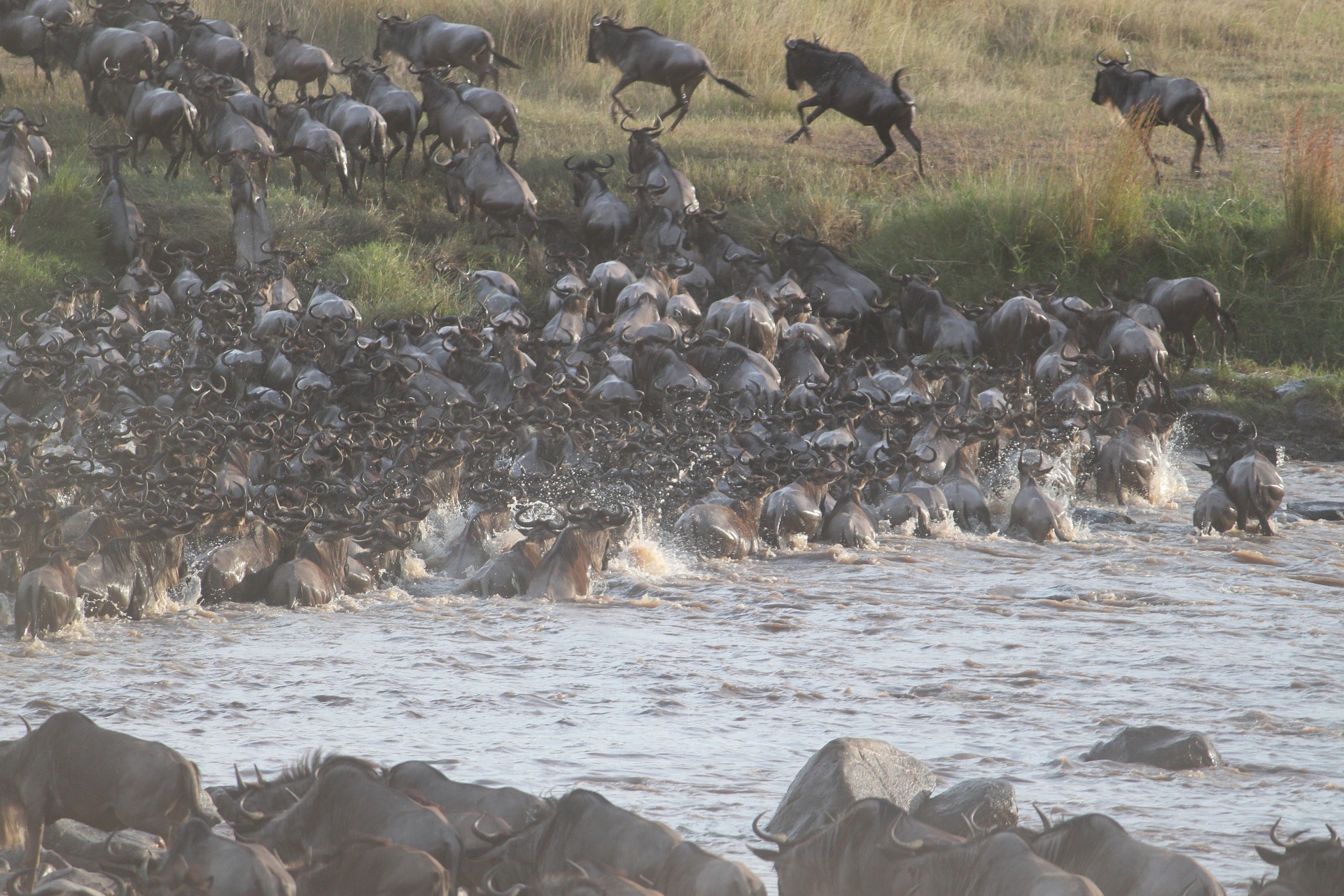