The park is a UNESCO World Biosphere Reserve since 1981

Stretching for 50km along the base of the 600meter high escarpment of the African Rift Valley, Lake Manyara National Park offers visitors a microcosm of the Tanzania safari experience.

Though it is not as big as the other renowned national parks of Tanzania, the park contains a wide variety of animals, including one of Africa’s largest concentration of elephants and the continent’s densest biomass, that is the average weight of plants and animals per square kilometer. The park has an area of 300 sq km of which two-thirds is the lake and the rest is mainly groundwater forests and bush plains.

The other big animals found in the park include zebra, giraffe, buffalo, wildebeest, impala and waterbuck. The primates include baboons and vervet monkeys. More than 380 species of birds have been identified in the park and this include flamingo, pelican, stilt, dust, heron, egret, spoonbill, ibis, hammerkop, hornbill, and fish eagle. Lucky travelers may catch sight of the park’s famous tree climbing lions, which make their home in mahogany and acacia trees during the rainy season.

The park is a UNESCO World Biosphere Reserve since 1981 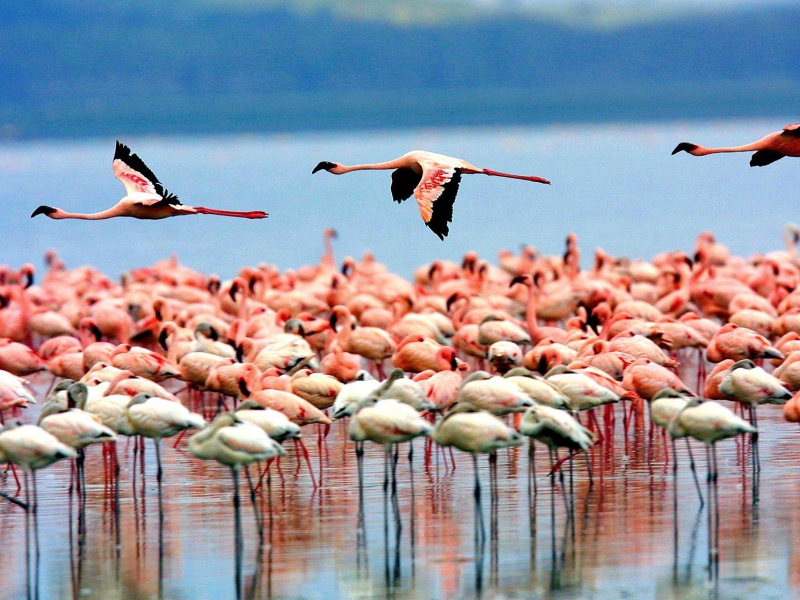